I lived in Washington, D.C. for 6 and half years in my 20s. While it can be a bit stuffy filled with politicians and lawyers, it was a great place to live for a time. Tons of free things to do, a rich history, and gorgeous nature nearby. Certainly a unique place with many different neighborhoods and pockets in addition to being one of the most culture rich cities I've been in the U.S. Unfortunately since this was awhile ago now and smartphones were only on the cusp of popularity, I don't have a ton of pictures, but that just means you'll have more of a blank slate to start from! This post only scratches the surface, as it's mostly from memory, less copious notes, and searching around the Google Map. Unfortunately many places have closed, but I'm sure many more have appeared. This is more or less a summarized neighborhood guide to help guide your adventures and noting some of my favorite things, some of which took me some time to discover. 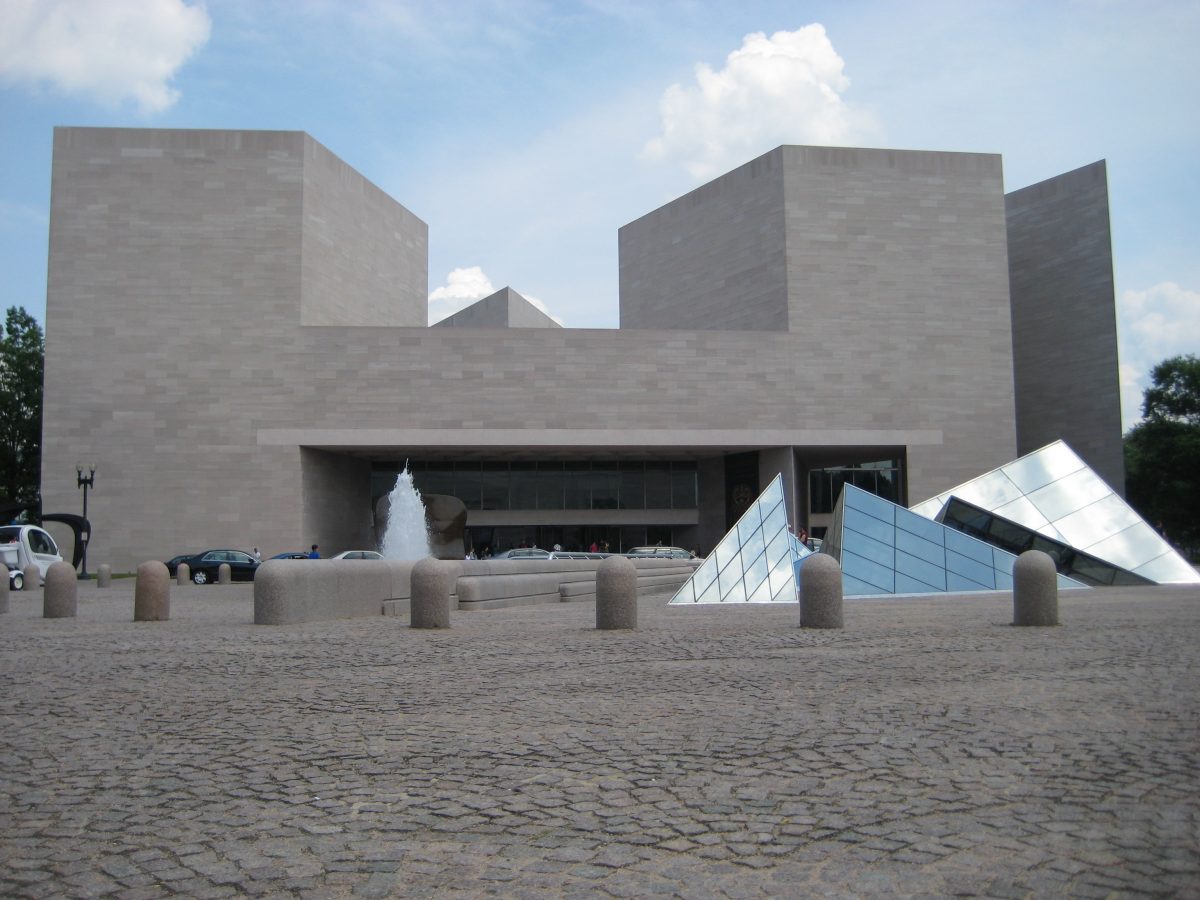 Certainly the most notable, famous, and popular, this is the best place to start in my opinion. It has the highest concentration of tourist attractions and is also centrally located to get your bearings. Easy to get to by Metro from just about anywhere. 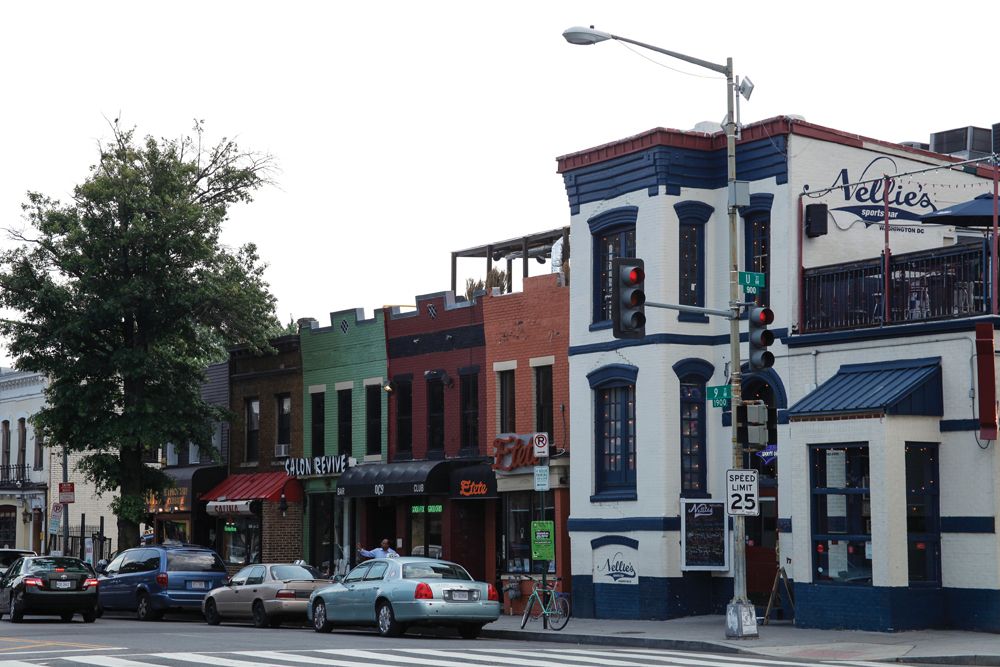 When I moved to D.C. this was definitely an up and coming area, with a block of establishments surrounded by some sketchy areas and people. It grew up a lot during my time there and is one of my favorite areas in D.C. Great food, nightlife, bars, and quirky shops. Nearby Columbia Heights is an extension of the vibe as well and was just getting going when I left. You can find jazz, electronic music, rock music, hip hop, cocktail bars, and good restaurants. It’s very easy to get to the main strip, just hop off at the U St metro stop and walk a couple blocks towards 14th St. You can also find some happenings towards 16th St. My best advice is to go late in the afternoon to wander a bit, then stay for dinner and drinks. Wander into any place that looks good. 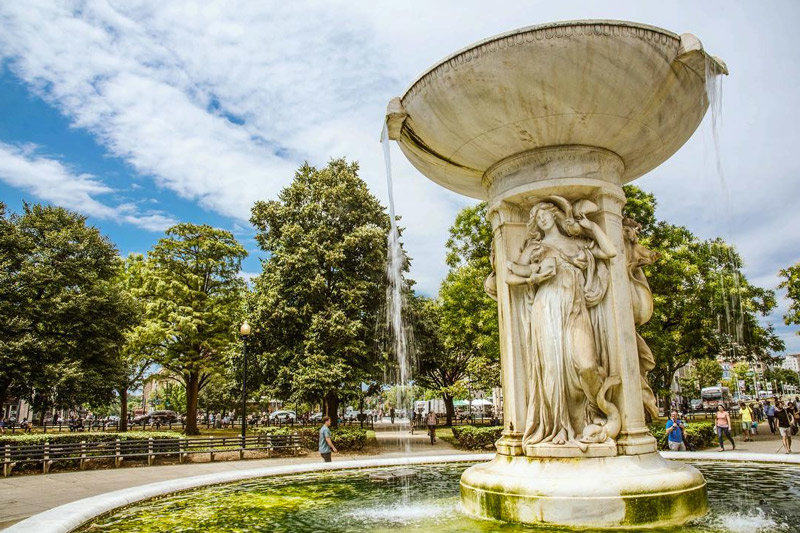 If you’re really interested in the best, hottest, most popular nightlife, not to mention some of the best food, look no farther than Dupont Circle and Adams Morgan. These are two separate neighborhoods, technically within walking distance but it’s pretty far. But they’re close enough for an easy cab ride. Dupont is more of a collection of things, including shops, restaurants, bars, and nightclubs, namely along Connecticut towards M St.. One of my favorite hidden gems is the Mansion at O St located right in Dupont Circle. I would highly recommend this unique place Dupont is very easy to get to by Metro and has one of the longest escalators you’ll ever see. Adams Morgan is mostly bars and clubs, but restaurants and hookah are there as well. The National Zoo is nearby in Woodley Park if you happen to be there during the day, which I recall being free and quite nice. Not too big to take up your entire day. Adams Morgan is a good walk to the main strip across the bridge from the Metro stop, the main strip being along 18th St starting at Columbia Rd NW. 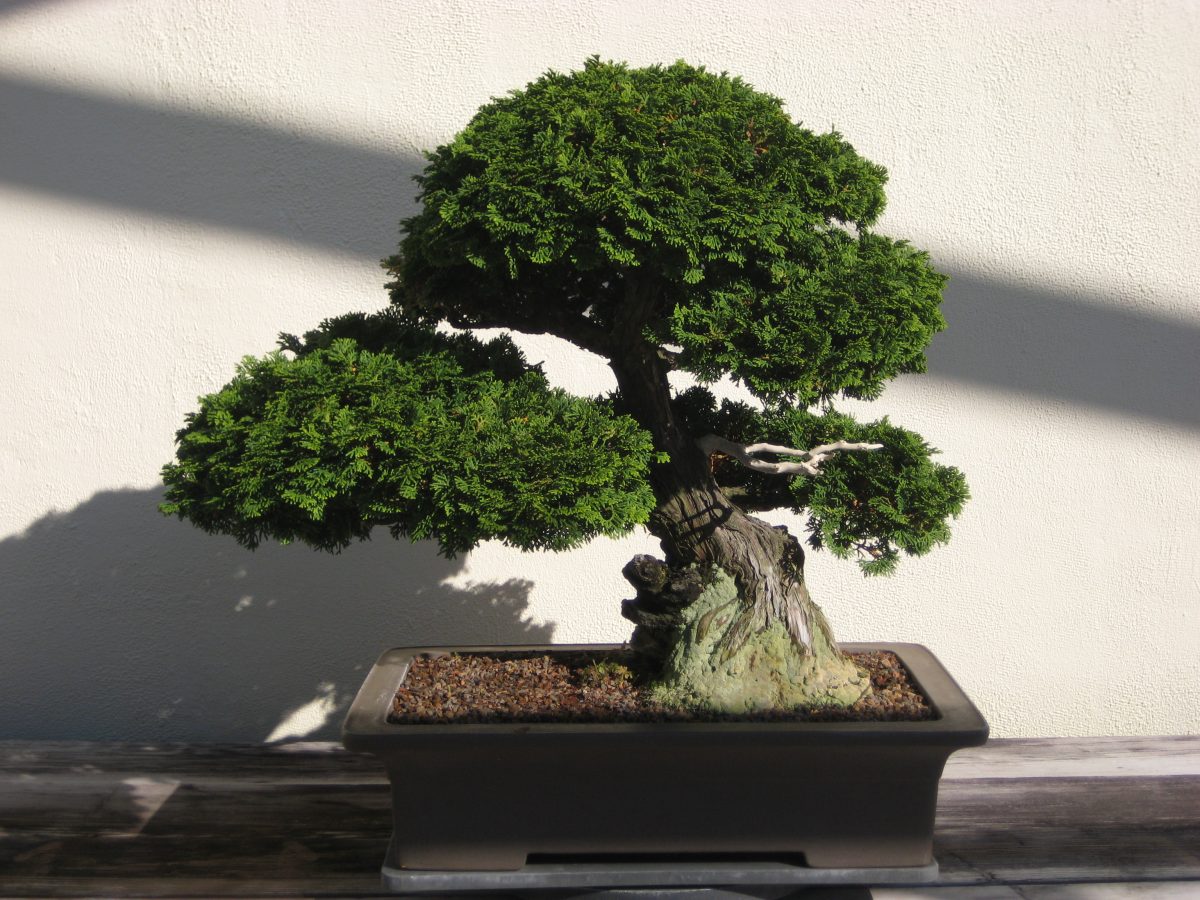 If you’re into farmer’s markets this area of D.C. is for you. Fresh food market, restaurants, and people watching. Really nice area easy to get to by Metro. Belga Cafe is a good Belgium restaurant. Not too terribly far away is the National Arboretum which is one of my favorite nature places. It’s gorgeous, large, and easy to find some quiet and solitude. Capitol Hill is nearby which isn’t really worth much exploration, but if you have extra time and want to explore the small bar scene, it’s very local. A combination of politicians and local D.C. folk which can be kind of fun. 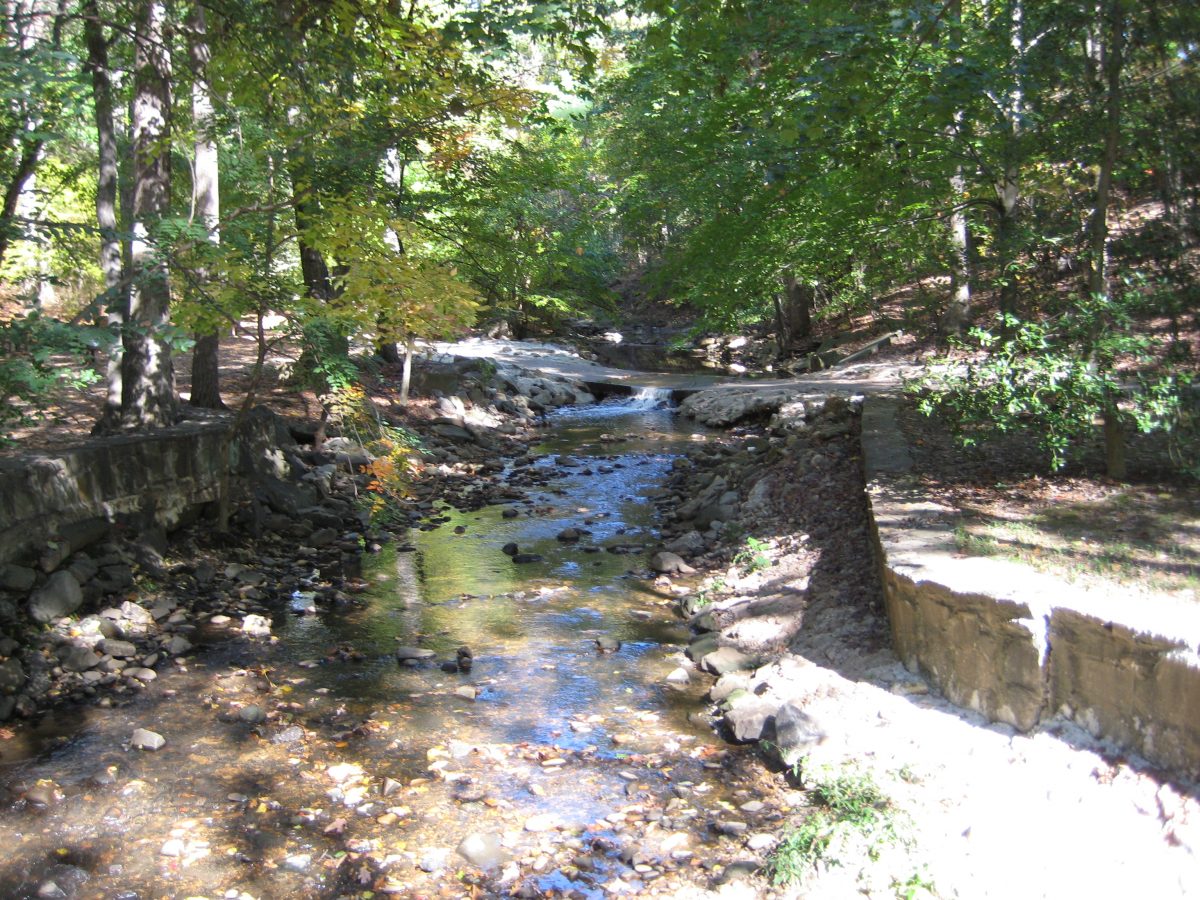 My favorite nature destination in D.C. proper. Large park with winding roads, rivers, and quiet grassy spots if you look hard enough. I loved coming here to sit on the grass or near the river to just chill out, relax, and read. 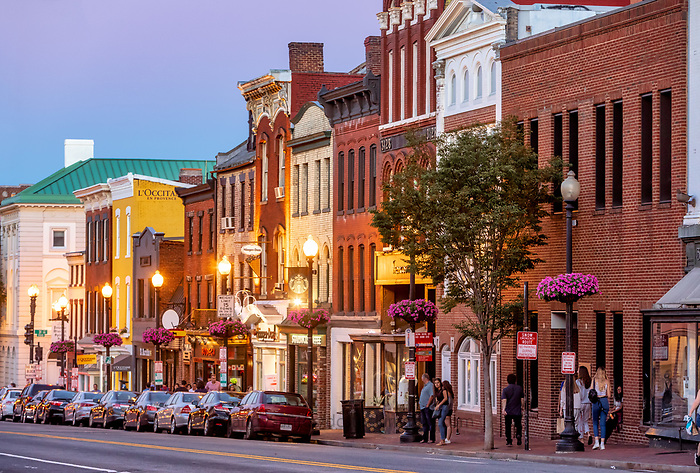 Very wealthy area of D.C. also where Georgetown University is located. M St. is the main drag and there is also the waterfront. No Metro stops here unfortunately so you’ll need to cab or ride share. Plenty of expensive shops, restaurants, and nightlife. 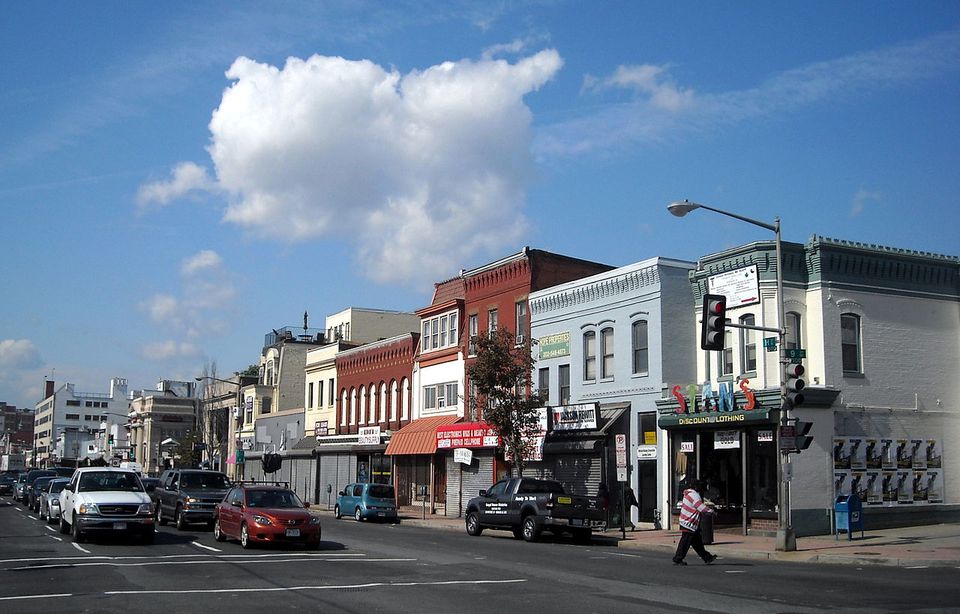 I always considered the H St corridor in NE to be the younger brother of U St. It’s got a similar vibe, but less people know about it, or at least did at the time. The main event was the annual H St. Festival which was always great fun. Quirky events and drinking spots. 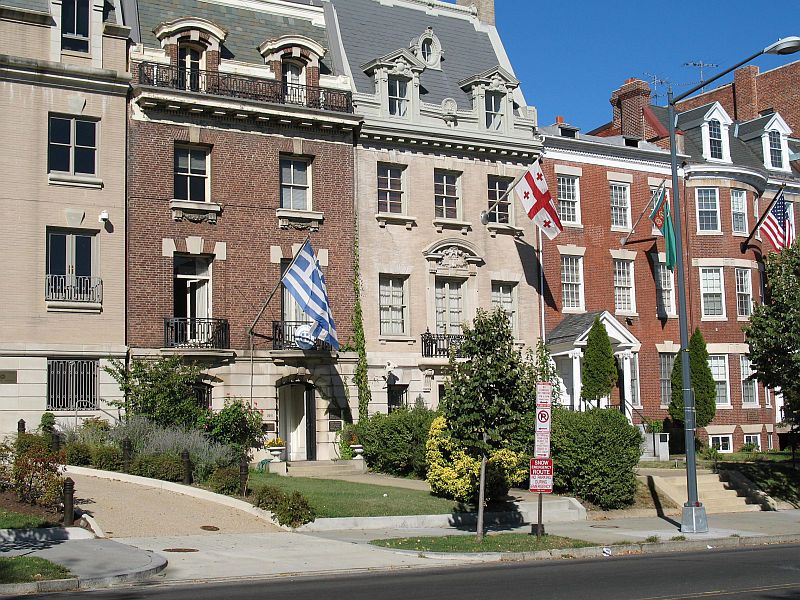 Possibly my favorite annual event in D.C. is embassy week, where almost all of the embassies from each country open their doors for all to visit and explore. They are mostly concentrated on embassy row, but some are located a bit farther away. There are quite a few, some of which are absolutely magnificent. I remember Indonesia, Peru, and the U.K. being my favorites. It’s all free, some serve food, some alcohol, and some have events. I went every year.